Every branch farm of Incredible Eggs keeps a breeding flock of Cream Legbars and is committed to ensuring the survival of this wonderful breed. The birds in these photos are from our East branch flock. If you find a blue egg in your hatching kit, you now know which chicken breed it came from – and the breed of the chick that hatches out! 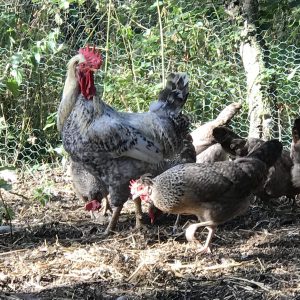 The Cream Legbar was first formally recognised as a breed by The British Poultry Club in 1958.

Legbars were bred for 2 main reasons: The aim was to create an autosexing utility breed with a focus on egg laying, where male and female day old chicks could easily be sexed by their colour. Leghorns were used for their excellent egg-laying abilities and the Barred Plymouth Rock was used to introduce the sex-linked barring gene. The introduction of Araucanas brought the crest and the beautiful blue eggs that we see in the Cream Legbar. 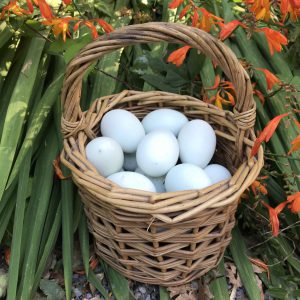 Unfortunately for the Cream Legbar, blue eggs fell out of fashion and the breed almost became extinct in the 1970’s. It’s numbers have recovered somewhat due to the efforts of committed breeders and a renewed interest in blue egg laying birds. However, it is still considered a rare breed by the Rare Breeds Survival trust. Cream Legbars very rarely want to incubate their own eggs, so the breeds survival is dependant on human support and alternative means of incubation. 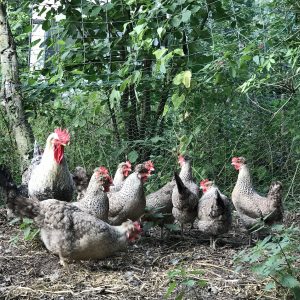